Health Care in Our Region 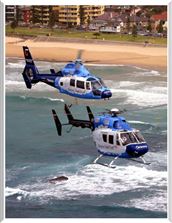 Critical care services are regionalised so that just a few hospitals have the most specialised services such as high-risk obstetric care, neonatal intensive care and paediatric intensive care.

Over 245 hospitals and facilities call on NETS for advice about acute transport of patients between hospitals.

There are 180 public (state government operated) and 45 private hospitals in 20 health regions across NSW and the ACT. Eight have tertiary perinatal facilities and three are children's hospitals. These hospitals support patients in other hospitals; when their care requires it. Some patients particularly near borders with adjoining states - will be transported to interstate tertiary hospitals.

NETS does not transport from the scene (pre-hospital).