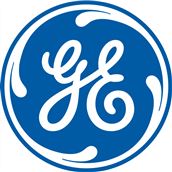 Jo (or 'JKB' as she was often known) started her paediatric nursing career at RAHC (Camperdown) in 1984. Following Julie McNall, she became Nursing Unit Manager of NETS (RAHC) in 1994 and further established the nursing team. The transport teams from Randwick and Camperdown were amalgamated in 1995 and re-located to Westmead with Jo appointed Nurse Manager of the newly combined state-wide service.

She was a founding member and served as President of the Association of Neonatal Nurses and also as national secretary. Her passion was always for nursing as a profession and the development of advanced nursing practice.

She went on to become Manager of the Perinatal Services Network until 2006 when she moved to Newcastle to join the NICU at the JHCH. She worked in many roles there including clinical nurse educator and audit officer; becoming a friend to all.

Jo had a lasting impact on all she met with her enthusiasm and passion for care of the neonate. We hope this seminar will become an annual event to honour Jo's memory; her passion for nursing and nurses, and to provide funding for nursing scholarship at NETS.