Today is my son Luca's 7th birthday, thanks to NETS and Royal North Shore Hospital NICU, and I'd like to thank the people involved.

Luca was a very unexpected NETS customer, having been induced at 36.5 weeks due to maternal health. He looked big on the ultrasounds, had seemed happy and healthy through the pregnancy, and was almost full term at birth. However soon after he was born he became floppy, bubbling and slightly blue around his mouth. He was sent to the nursery at the private hospital where he was born for some oxygen support, assuming there was some fluid on his lungs. However over night his oxygen saturations continued to deteriorate despite some positive airway pressure support in the nursery. The paediatrician made the decision to call NETS for a transfer, with a diagnosis of hyaline membrane disease (now Infant Respiratory Distress Syndrome IRDS).

The lovely NETS paediatrician and nurse came, cannulated him, sedated him, intubated him, and calmed down his upset parents. It hasn't been until recently, as I study medicine myself, that I have some concept of what they were doing and how skilled they were to do it so confidently and calmly with us watching every move. My obstetrician organised a transfer for me to RNSH as well, and we organised grandparents to care for our other 3 children. I think I was still in shock as 24 hours after birth as we watched him be loaded into the NETS ambulance and we followed him to the NICU.

Luca then spent 3 days ventilated in the NICU, and another week in hospital, including his first Christmas in the high dependency nursery. I spent the same amount of time sitting by his side and staring at his small body trying to imagine him as a boisterous toddler and praying he would get there. Today he is a gorgeous 7 year old, healthy and cheeky and no reflection of the sick little baby he was. He loves looking at the photos of him in the hospital and hearing the story. He particularly likes the photo of him being loaded into the NETS ambulance as he thinks it is cool to have gone for a ride in one when his siblings have not!

As I now head into my 4th year of my medical degree I am thankful for the positive influence our experience with NETS had on our lives. Most importantly they were a big part of saving our son's life and helping us cope in a very distressing situation. Secondly my experience with Luca gave me the drive to follow my medical dreams, and I now look forward to a career in critical care with hopefully a professional involvement in NETS in the future. Every day I am grateful to have this little man in my life, and that is thanks to NETS.

Thank you NETS and Merry Christmas 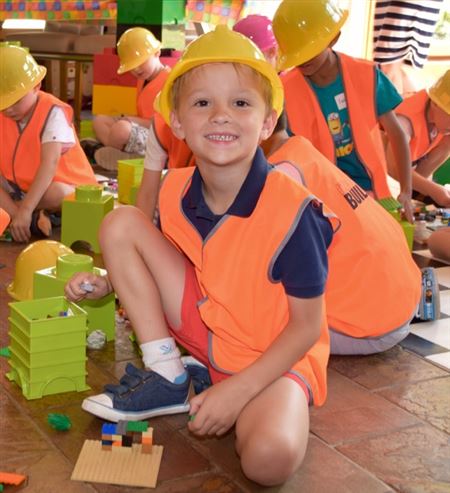